“We have two core components. The Center for Excellence in Coaching and Mentoring is physician-led peer physician coaching. The Mandel Global Leadership and Learning Institute features coaches who are not physicians; however, 60% to 70% of the people we coach are physicians,” says Ashley Villani, MBA, senior organization development consultant at GLLI.

The programs work in concert, she says. “The intentionality around it is that the programs collaborate with one another. I collaborate with the Center for Excellence in Coaching and Mentoring to complement and align our coaching initiatives. We align our training for both our physician coaches and non-physician coaches, with the idea to not compete with one another because we are here for the same reason—to provide coaching for all caregivers and physicians.”

Villani says GLLI has 42 non-physician coaches, which are drawn from two sources. About half of the coaches are leaders in the institute or organization development consultants at the institute. The other half of the coaches are “enterprise coaches,” she says. “Those are formal or informal leaders in the enterprise who went through the same training as all of our other coaches. Examples are chief nursing officers, executive directors, chief operating officers, and human resources senior directors.”

Physicians and physician coaches generate several benefits from being involved in the coaching programs, Villani says.

“Physicians benefit from coaching by having dedicated time to pause and focus on their own development with a confidential thought-partner. An example of a benefit is increased resilience during times of change. Additionally, participants have reported increased leadership role consideration and attainment as a result of their participation, as well as increased academic output, including grants, publications, and presentations,” she says.

The coaching programs also reduce physician burnout, Villani says. “Our coaching programing drives fulfillment and satisfaction as well as increasing resilience and a sense of relationship for participants. These are components of wellbeing that can mitigate burnout.”

The coaching has been linked to increased physician engagement, which helps address burnout, she says. “When engagement increases, wellbeing often increases, and burnout likely decreases.”

“It’s been found that the physicians who coach other physicians get as much value from the experience as those they are coaching. Additionally, they report using the skills across contexts outside of the formal coaching with colleagues, patients, and at home. Coach training surveys in 2019 showed a 62% increase from pre-to-post training in their ability to apply coaching skills in daily interactions with colleagues, a 58% increase with patients, and a 55% increase in their personal lives,” she says.

Physicians have cited the coaching programs as part of the reasons why they decided to stay at Cleveland Clinic, which helped the health system avoid millions of dollars in turnover costs over the past decade, Villani says. The avoided costs include recruitment costs, onboarding costs, and training costs, she says.

Boosting physician retention also avoids the opportunity costs associated with filling a physician position, Villani says. “It takes time to recruit a new physician. Especially with the nature of our academic medical center, there are unique medical specialties, and it can take a long time to replace a physician.”

She says health systems should be mindful of several other considerations when establishing internal coaching programs: 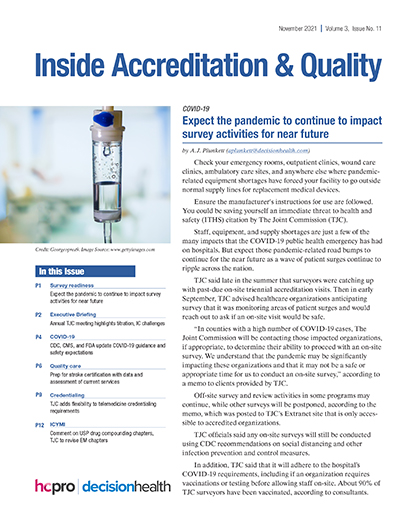 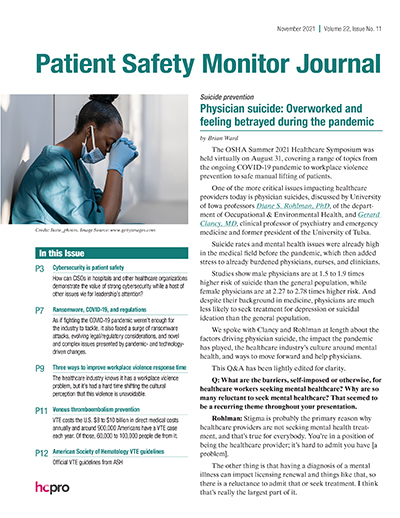